Gurgling in sink and tub drains should never be ignored. The noise can be a symptom of the early stages of a severe plumbing problem.

Under every sink is a bend in the pipe called the trap. The purpose of the trap is to hold water so that sewer gasses can't come up an unused drain and into your home. If the trap goes dry, such as when a sink is rarely used, you may hear gurgling as gasses come up the drain. A clogged trap can also make gurgling noises. Generally, clogs cause gurgles right after your run water down the drain. The gurgle is from water trying to make its way through the clog.

Garbage disposals can often become clogged or at least have residue stuck inside of them. Certain food items, such as vegetable peelings, pasta, rice, and bone, are more likely to clog the disposal. You may then end up with a gurgling drain for much the same reason as trap clogs cause gurgling. Clearing the clog and cleaning the disposal will solve the problem.

Your home has plumbing vent stacks, typically on the roof, that allow sewer gasses that come into the pipes to escape. The vents also allow air flow so that drains can properly empty into the main line. If a vent becomes damaged or blocked, then water won't flow down it properly and the drain nearest the vent may make gurgling sounds. Common issues are blockages from pests or bird nests on top the stack, or damage to the vent itself such as from a storm. Repairing or cleaning the vent will fix the issue.

A backup or blockage in the main sewer line, which is what connects your home to municipal sewer, can cause gurgling in sink drains. Generally, gurgling is the first sign of a developing clog in the main, so you want to have it addressed and cleared out quickly so you don't have a sewage backup into your home. If the main line is the issue, you may also notice that most of the drains in your home are emptying more slowly than usual.

Blockages can also occur in some of the secondary drain lines that run through your home. You can usually pinpoint where these have occurred by seeing which drains are gurgling and emptying slowly. Generally, if only a few sinks or tubs in one section of the home are affected, it's a secondary down drain blockage. If only one drain is affected, it's just the line serving that drain. If all the drains in the home are affected, the issue is in the main line.

Call a service for plumbing assistance if your drain is gurgling. 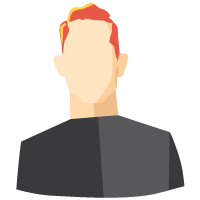 Many people have hydronic heating systems and love …

Read More
Why Should You Rent Portable Toilets for Your Event?
23 April 2021

If you are hosting a big event soon, like a gradua …

If your septic system is installed professionally, …